DarkCarnivour
3:05pm 11 Jul 2013 edited 11:15am 18 Dec 2013 in Projects
Disaster! An alien invasion and subsequent infestation have decimated this facility. Many lives were lost, the facility was ruined and the aliens were unstoppable. All hope was lost until one survivor found the courage to fight back and put the aliens in their place!
It was a long and horrific battle as the survivor dueled with all manner of horrific life-forms and alien mutations, but our hero won out in the end and destroyed the alien menace! Humanity was saved!

Unfortunately, the alien infestation and the heroic efforts of the courageous survivors have left rather a mess throughout the facility. As the janitor, it is your duty to get this place cleaned up.
So grab your mop and roll up your sleeves, this is gonna be one messy job.
Today you're on Viscera Cleanup Detail! 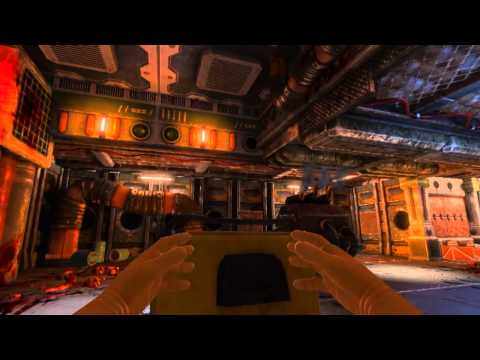 That's the latest game we're working on at RuneStorm. We hope you enjoy it and look forward to your feedback.

It started as a crazy idea that we all thought would be fun so we got to work and put the first prototype together in about 10 days.
In a way this game feels like all the lessons learned from the development of Rooks Keep rolled into one neat package.

I must say it is very exciting (and a bit terrifying) now to see the reception of this game out on the seas of the internet.