SUGBOERIE
2:57pm 1 Aug 2020 in Projects
Your boy back at it again. Got a new prototype I've been toying around with for the past couple of months. I started about 8 months ago. CARS W/ GUNS is a small car arena shooter. You get into cars around the arena to destroy other cars and players. Get points for doing both.

The plan is for it to be played online but networking takes up so much time. So, I put that on pause and fleshed out a bit of the game design because I found Parsec. Parsec allows your friends to remote into your PC and play local multiplayer games. I've been using it to test out the mechanics and now you can too! 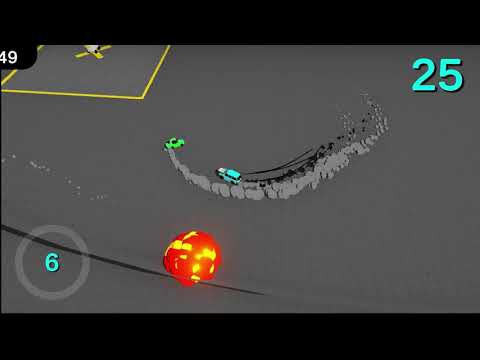 If you don't have friends available. You can bring up the debug menu with F1 and spawn cars from the drop down menu with middle mouse button.

Also, there's an in-game recording tool. Press R to start and stop recording. Use the num keys 1-4 to change the player it records. You will find the recordings under Captures where the exe is. Warning, this kills framerate when there's 4 players. Post your videos here not the socials please. :)
Thanked by 9add101 Elyaradine critic riker BigHairDan Bensonance BlueDesertDio ZEFcookie Kulu