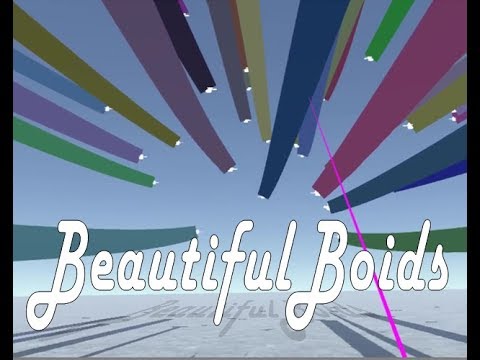 A VR GAME ABOUT BOIDS
FOR THE OCULUS RIFT & VIVE

They are ALIVE! Your BOIDs have taken flight from your rooftop LAB to cause mayhem on the town below!!!

Control your flock of Boids and Poop on anything you can hit.

Get rewarded for your flock control and aim.

CONTROLS
Pooping can be done by the left hand trigger or by pressing any thumb-stick down like a button.

Flocks can be controlled with the white spheres projecting from your hands. The flocks will try to get close to the spheres as they fly. You can push the spheres away from you and pull them back in. You can place a sphere in one spot or have it track your pointers as you push and pull them out. The spheres can also be turned on and off which will cause the BOIDs to ignore or hunt them respectively.

The flock's formation can be adjusted with three weights, Cohesion, Separation and Alignment. Use the right hand Index trigger adjust each value. Each of these three weights has two sliders, one for distance and one for strength, The distance slider will tell how far away a BOID can be before feeling the force of this weight. The strength slider will increase or decrease the force amount per weight. I mean its simple flocking boids!

Starting the Game
Start by getting familiar with your Sphere controls. Pushing them out and Pulling them back in with your Thumb-stick Up/Down Axis on either hand. Next try Placing the sphere by pressing (X or B) then reverse this to Track the sphere again by pressing the same button. Finally Toggle the sphere on/off with grip trigger on each hand. Now you are ready for your flock. Use your right hand Index Trigger to select 'Start Game' on your computer screen . 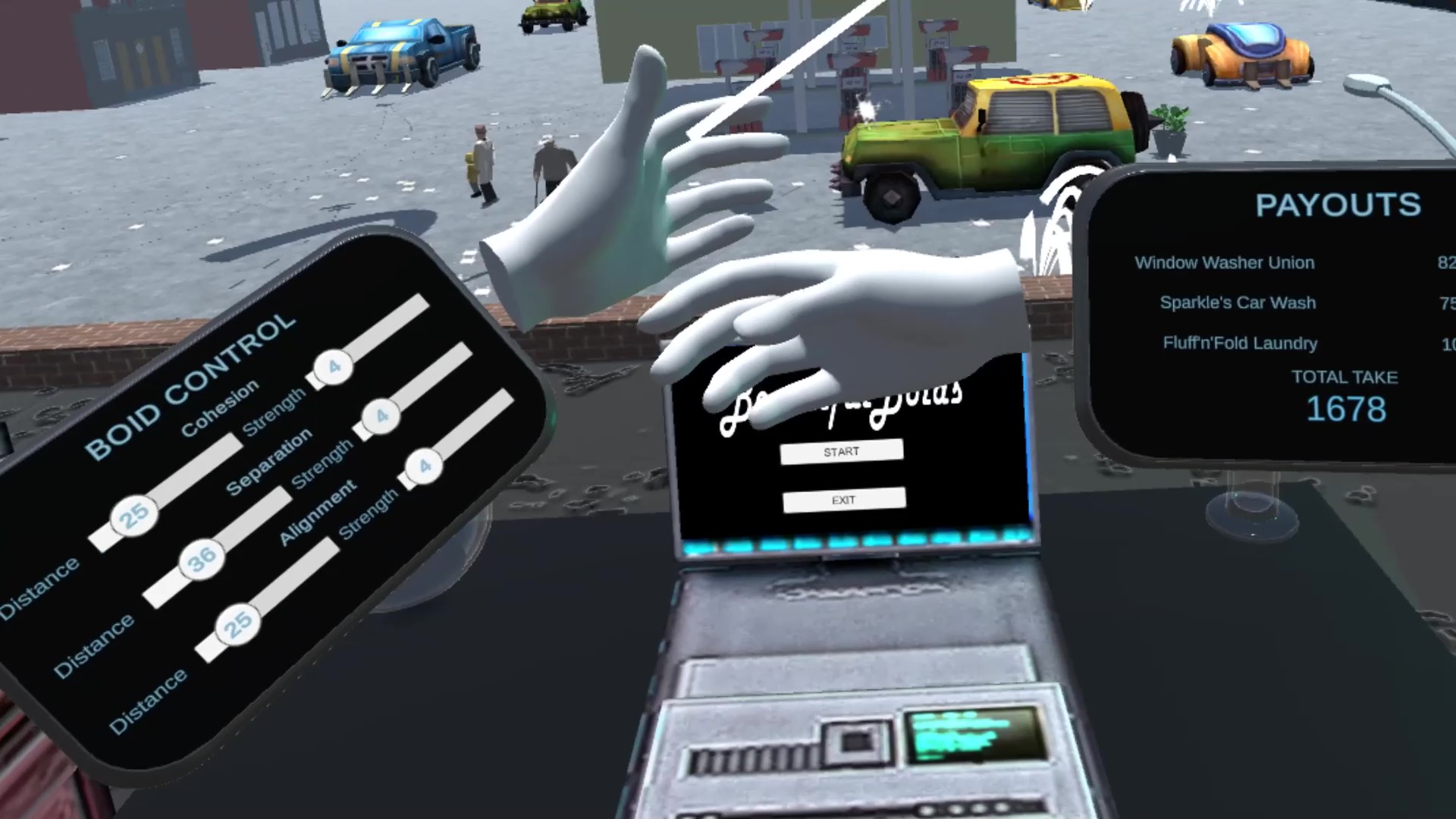 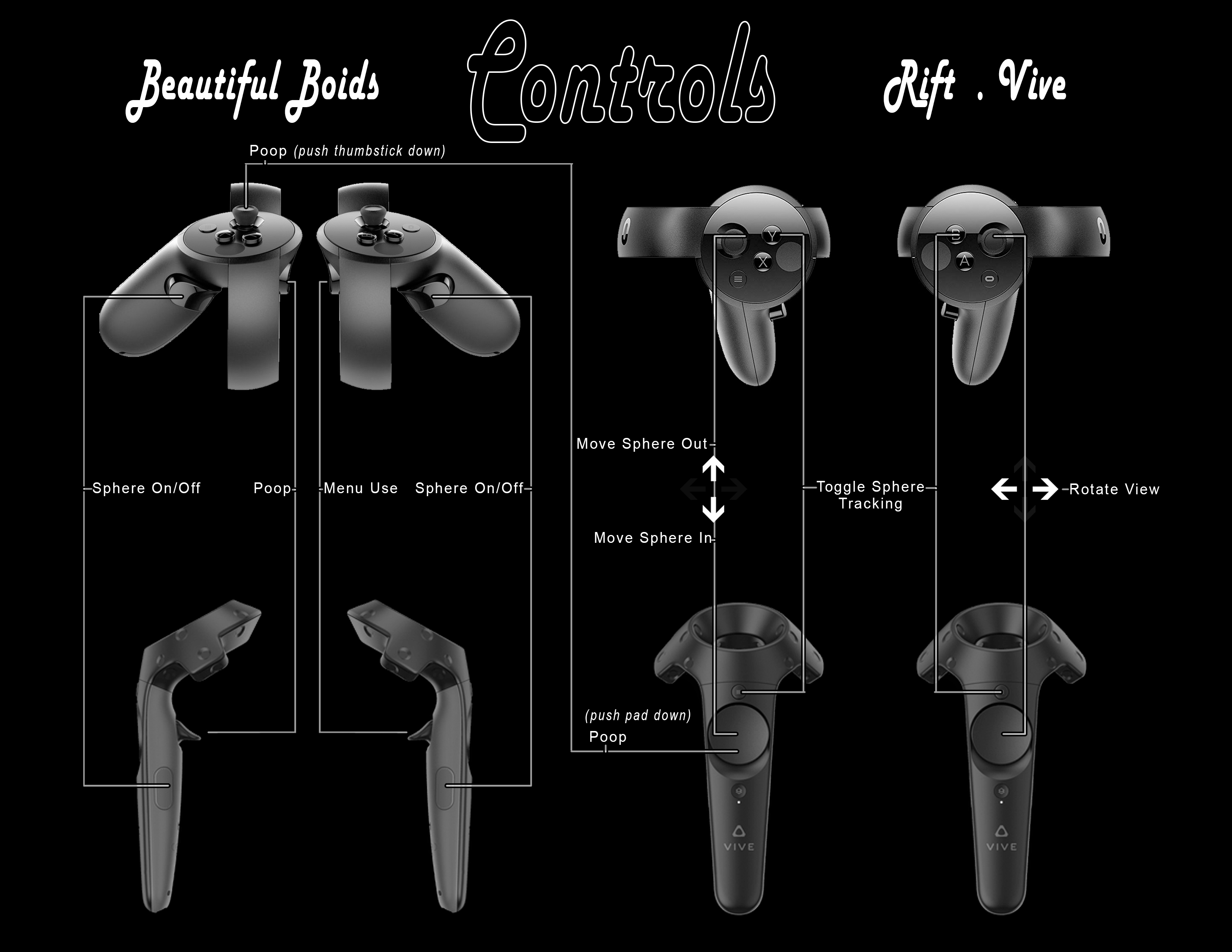 SoundFx: ZAPSPLAT (for poop sounds and jinlges) Check the sound files in the game which have the artist names.

More Information
And in case you are hungry to know more:

And a project that is far better then mine and I intend to use later for Beautiful Boids can be found here: https://github.com/Shinao/Unity-GPU-Boids