I'm aware there there's probably not enough content, but such are the problems of a game jam.

A systems driven card RPG where you play as one of the recently deceased. You look back on your life and the choices you have made to determine where you'll end up at the time of the final reckoning. It's inspired by the likes of Cultist Simulator.

Requires a mouse: click, hover, drag n drop. Drag and drop resources into the middle to use them. 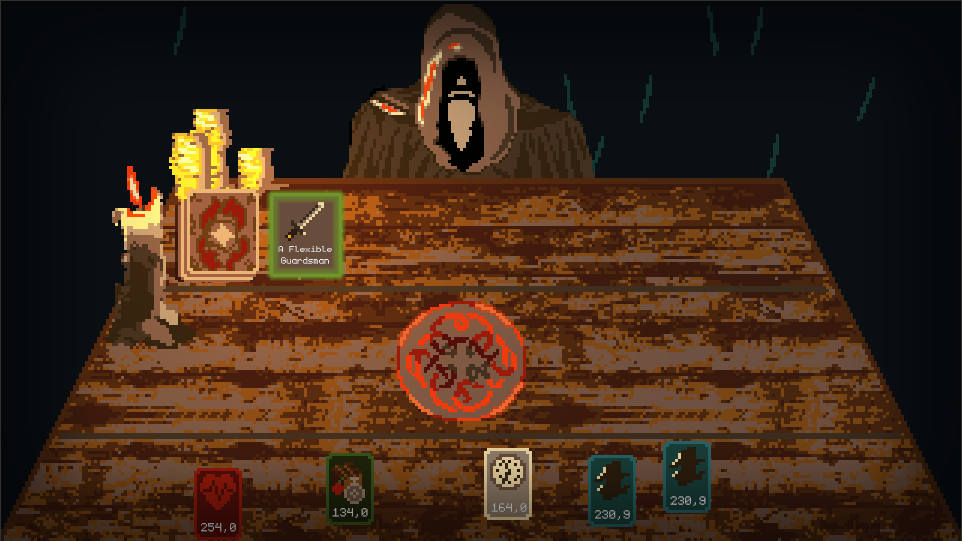