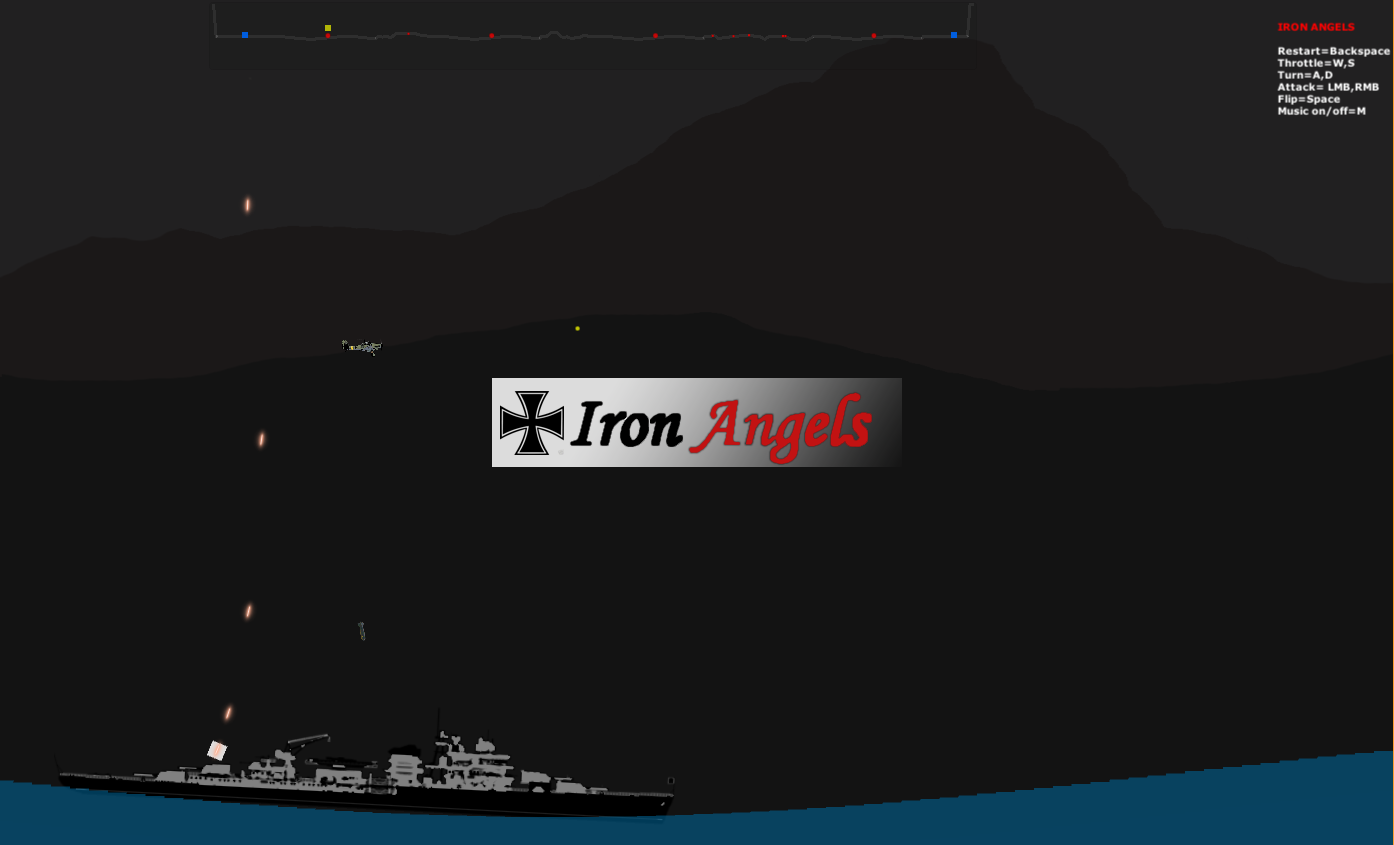 Iron Angels is a 2D side scrolling action game where you fly your WW2 aeroplane and shoot and bomb enemies.

I started this little prototype last weekend, as a result of experimenting with sine waves to generate procedural terrain. It is inspired by a game called Sopwith (1984, David L. Clark).

The flight model needs work as do most things... You can land at bases to heal.

Any feedback is very welcome.
Thanked by 3iceblademush critic Jurgen