Me and Mike Scott started working on this game at Game Jam Island, we didn't manage to finish it there but he came here for a couple of days and we managed to wrap it up quite nicely.

FROG SMASHERS is a local multiplayer brawler about how a misunderstanding at the bus stop leads to the downfall of frogkind.

It's inspired by games like the Samurai Gunn, Lethal League and the Smash series, and is a sort of demake of these games aiming to distill elements of these games into a very simple and pure form while still maintaining depth and replayability. We also experimented with some shallow narrative being told by the background and limited cutscenes. I think this might be the most plot heavy game I've ever worked on. I'm not sure if the narrative arc quite comes across but I definitely learned from the attempt.

Working with Mike was a lot of fun as well and I think the animation in this game is really top notch. He really managed to squeeze a ton of personality into very few pixels and the character has over a hundred different frames of animation, almost all of which was done in less than a week. The game took about two weeks to make in total though that time was spread over a few months.

We set a narrow scope for the game and I think we managed to slightly exceed it and I'm happy to tie a bow on the game as it is now and call it done which is a very rare experience. That said if people like it it might get worked on a bit more as there is definite potential for expansion.

Thanks to Ben Rausch and Stuart Coutts who helped out with some of the background art and Jason Sutherland who did the audio and everyone at Game Jam Island who helped with inspiration, feedback and testing. Hopefully the game will get to make its show debut at the next Super Friendship Arcade. 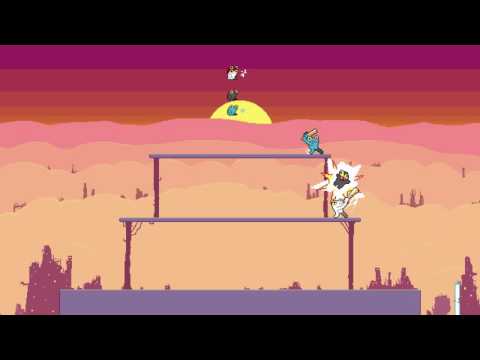