dislekcia
5:14pm 7 Apr 2016 in Tutorials
Okay, if you haven't already watched the Fantastic Contraption trailer that super-friends Colin and Sarah Northway birthed, just like do that now, okay? 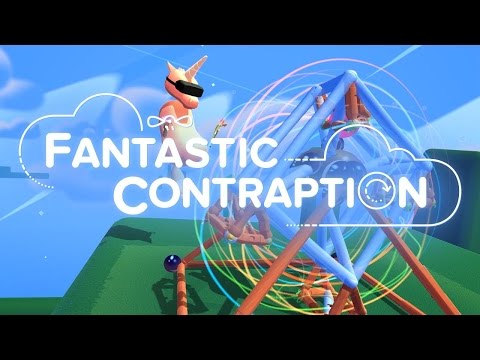 So, besides being a superb example of game design for room-scale VR done incredibly right (I mean, you go to a menu by putting on a space helmet! That's GENIUS! And the player is just an extrapolated head + body lozenge thing that WORKS! And the other menu IS A CUTE GODDAMN CAT! AAARGH!) it's also totally pioneered this whole mixed reality thing. Colin and Sarah have been experimenting with streaming Contraption in mixed reality and it's amazeballs, but the dude who put together their trailer - game video wunder-god Kert Garder - produced a neat tutorial on how to do this yourself. So...