Derelict is a procedurally generated twin stick shooter. Each wave you survive the the game, a new randomly generated condition will be added to the game, these can range from "When you step on a red button, become invulnerable for 5 seconds" to "When you kill an enemy, spawn a bomb" etc. 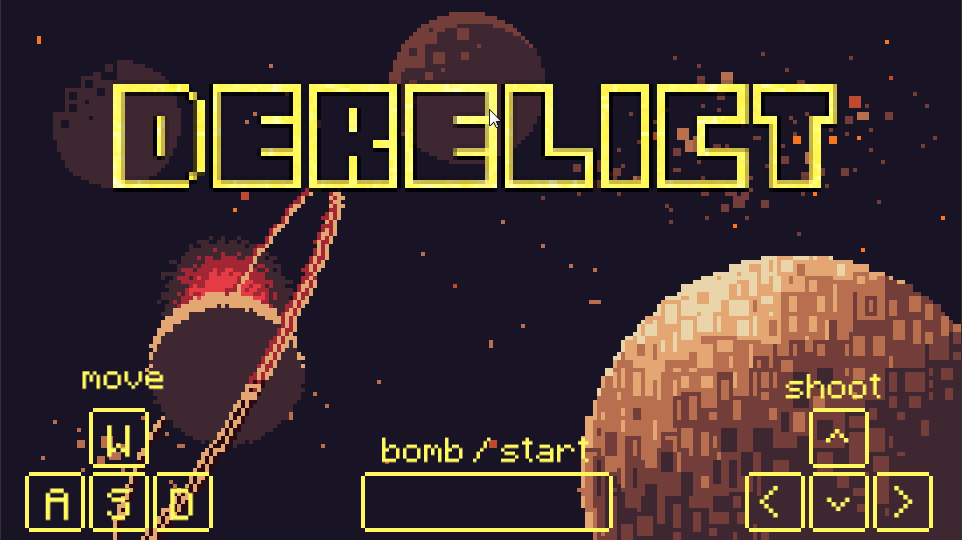