I wanted to make a 2D Beat 'em Up style game like the Streets of Rage and Dragons Crown, but with the combat mechanics you'd find in modern day fighting games like Guilty Gear and Marvel vs Capcom. I also drew a little from Devil May Cry in that you have a Style Gauge (top left). The more varied your moves, the higher your Style Rank goes and the more damage you do . I realize that the mashup of these two genres could lead to it being a hyper niche game, but these are the types of game I want to make, so my fate is sealed :)

The purpose of this prototype is to test whether the combat on its own is fun, as it would be the core component of the game. So please have a go, whack out some combos and let me know what you think.

Download to latest build below.
Shattered Realms on itch.io

If you are getting a "d3dcompiler" error, chances are it will be fixed by just downloading and installing the latest DirectX End-User Runtimes. 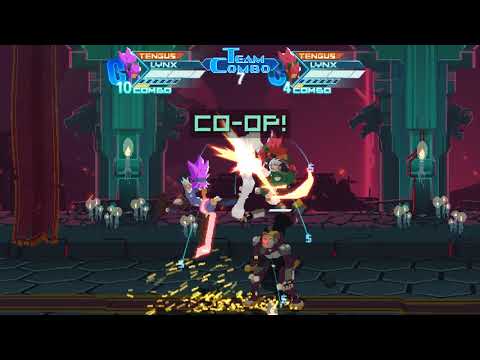