What's better than towers? Towers on top of towers! Stack your best combination of towers in a frantic tower defence! Each tower has its own rules, and can be stacked with other towers for better (or worse) effects! Compete with your friends online with an online leaderboard. Highest points gets you to the top!

Controls:
Standard RTS controls: Move the mouse to the edges to move the screen, or use WASD. Left click a tower in your inventory at the bottom to select it, left click to place it on the ground, right click to cancel placing. Esc to pause or exit. READ THE TOWER DESCRIPTIONS! We're not responsible for you misplacing your nuke tower ;)

What we made
We made all the art, shaders, code, and sounds, with the exception of the nuke sounds.

Yes, we have dabbing zombies. 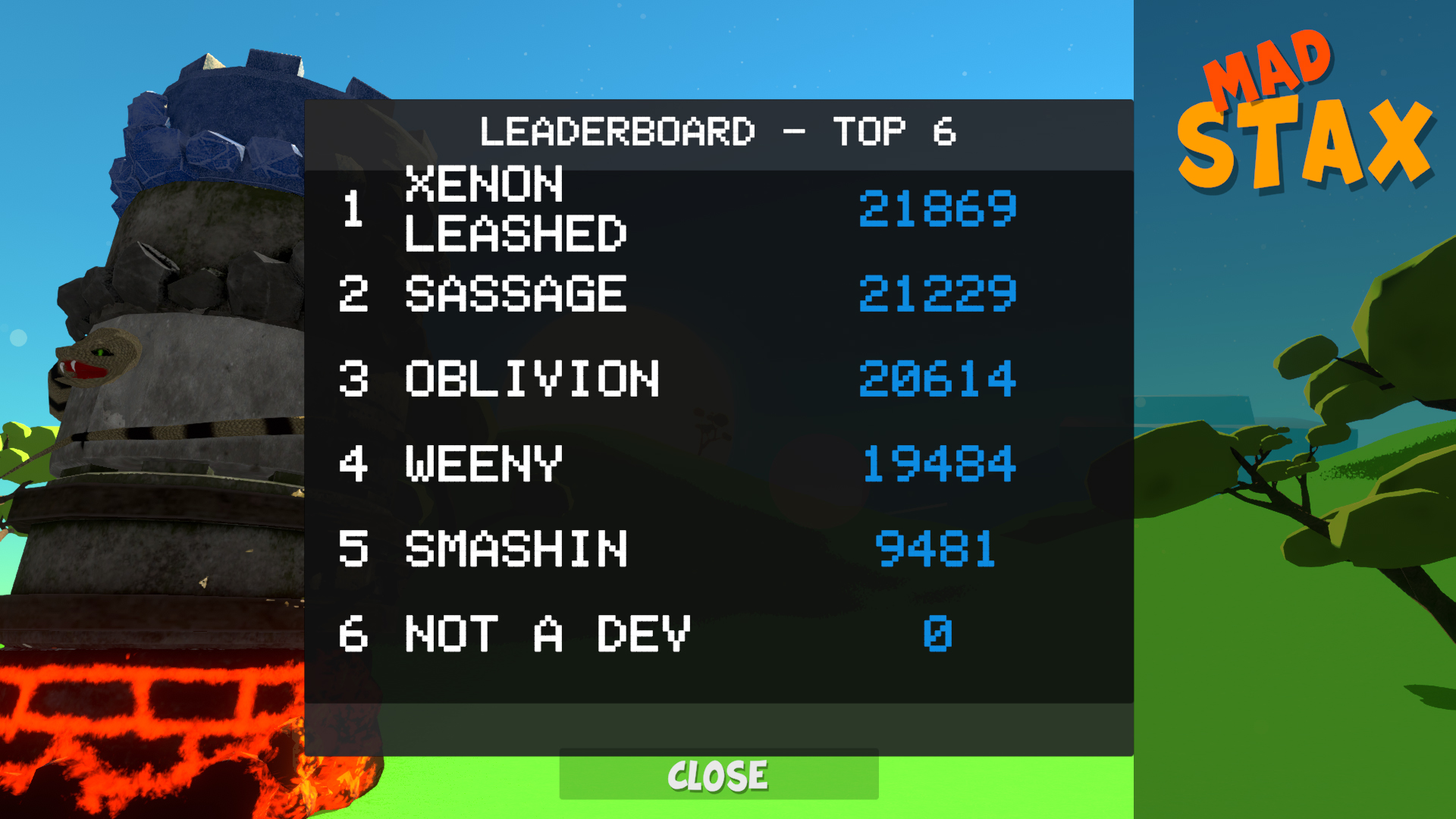